In the not-so-distant future, quantum computing will change the way we tackle certain problems. It promises to dramatically speed-up many chemical, financial, cryptographical, and machine-learning applications. However, in order to capitalize on those promises, complex design flows composed of steps such as compilation, decomposition, mapping, or transpilation need to be employed before being able to execute a conceptual quantum algorithm on an actual device. This results in many descriptions at various levels of abstraction which may significantly differ from each other. The complexity of the underlying design problems makes it ever more important to not only provide efficient solutions for the single steps, but also to verify that the originally intended functionality is preserved throughout all levels of abstraction. This motivates methods for equivalence checking of quantum circuits. However, most existing methods for this are inspired by equivalence checking in the classical realm and have merely been extended to support quantum circuits (i.e., circuits which do not only rely on 0’s and 1’s, but also employ superposition and entanglement). In this work, we propose an advanced methodology which takes the different paradigms of quantum circuits not only as a burden, but as an opportunity. In fact, the proposed methodology explicitly utilizes characteristics unique to quantum computing in order to overcome the shortcomings of existing approaches. We show that, by exploiting the reversibility of quantum circuits, complexity can be kept feasible in many cases. Moreover, we show that, in contrast to the classical realm, simulation is very powerful in verifying quantum circuits. Experimental evaluations confirm that the resulting methodology allows one to conduct equivalence checking dramatically faster than ever before—in many cases just a single simulation run is sufficient. An implementation of the proposed equivalence checking flow is publicly available at https://iic.jku.at/eda/research/quantum_verification/. 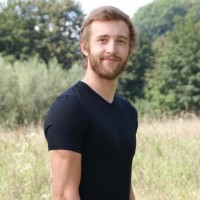 My research interests include design automation for quantum computing, decision diagrams, and in particular equiavalence checking of quantum circuits